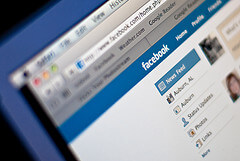 Historically, people who have experienced crushing debt have faced seemingly endless harassing phone calls from debt collectors.  Consumer protections are in place to help limit the worst of these calls.  Debt collectors have now moved on to a new technology to attack Americans who struggle to make ends meet.  Now the collectors have taken to social media.

The Pittsburgh Post-Gazette reported on the case of a man who says his experience with a collection agency that was hired to collect his student debt went from being merely annoying to borderline cyber-stalking.  The man’s student debt had ballooned well into six-figures due to non-payment, so in 2012 he hired an attorney and accountant to set up a payment plan.  He thought he was taking the proper steps to resolve the situation, and that harassment from collectors would stop.

Then, a picture of the man with a PBS personality at a cafe was posted to Facebook and shared more than fifty times with more than 5,000 total people.  A few days later someone contacted the café claiming he was trying to reach the man.  The caller left a phone number that belongs to a New Hampshire collection agency.

This man is not the only one affected by debt collectors’ move to social media. NBC News reported on the story of Melanie Beacham in Tampa, Florida.  Ms. Beacham fell $362 behind on her car payment.  A collection agency, MarkOne Financial, called her repeatedly, sent her emails, and left her text messages.  Then, the debt collector went a step further.  Using Ms. Beacham’s Facebook account, the collection agency started contacting Ms. Beacham’s friends and family and asking them to have her call the company.  MarkOne had her home address, home phone number, work phone number, and email address.  Ms. Beacham had agreed to a payment plan with MarkOne, but the collector resorted to social media anyway, involving countless other people and humiliating Beacham.  Beacham sued MarkOne, and the case is currently pending.

The Federal Trade Commission and the Consumer Finance Protection Bureau state that the Fair Debt Collection Practices Act of 1977 applies to collection attempts made through digital media, including social media and text messaging.  The Federal Trade Commission provides consumers with information about this act, including what an individual’s rights are under the act.  It is important to note that the act only applies to the collection of debts owed by an individual—business debts are not covered by the act.

The FTC and CFPB’s stance does not mean that social media is totally off limits for debt collectors.  For example, if your address or phone number are publicly available on your social media page, then they are fair game.  But if a collection agency were to pose as your friend to gain access to private information, they may be in violation of federal law.  Also, if you have hired a lawyer to handle your financial issues, and the collection agency knows you have a lawyer, it would be unlawful for them to continue to contact you through any means, including social media. If you do need legal representation, call us today at the Law Offices of Stephen B. Kass, PC today to see how we can help you.