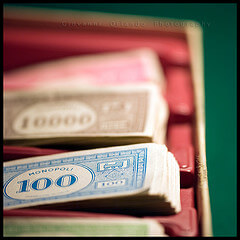 Most people who have experienced crushing debt are familiar with debt collectors.  Even a person who has not experienced debt himself has heard about endless harassing phone calls from debt collectors coming in day and night.  But there is another sort of harassment leveled by collectors that can be even more damaging than the humiliating phone calls:  harassment by lawsuit.  Fortunately, the Consumer Financial Protection Bureau (CFPB) is finally taking some steps to bring this sort of harassment to an end.

The Washington Post reports that a creditor’s law firm, Frederick J. Hanna & Associates, filed tens of thousands of lawsuits against Americans who were behind on their bills.  Usually there are only two legal ways for a lawsuit to be filed.  It can be filed pro se, which means that a person files a lawsuit for himself on his own behalf.  This is very rare, and is only advisable in very minor matters, like in small claims court.  The other type of lawsuit is one that is filed by an attorney on your behalf.  In an attorney-filed lawsuit, the attorney is bound by strict ethical guidelines that require him or her to investigate the case before filing and make a determination that the suit has at least some merit.  This process requires the attorney to spend time working on the case before the lawsuit is filed.  CFPB claims that Hanna & Associates was not going through this process.  Instead, it was churning out thousands of lawsuits through an animated process, without attorneys being involved in any sort of meaningful way.

The CFPB states that the firm dismissed over 40,000 lawsuits in Georgia alone when its practices were challenged.  CFPB Director Richard Cordray said in a statement, “The Hanna firm relies on deception and faulty evidence to drag consumers to court and collect millions . . . We believe they are taking advantage of consumers’ lack of legal expertise to intimidate them into paying debts they may not even owe.”

While the law firm that is being sued does not practice in New York, it is certainly not the only law firm engaging in these practices.  New York creditor firms could easily engage in the same practices.  And while the lawsuits in question were only filed in Georgia, they involved major nationwide creditors, such as Bank of America and Capital One.

If you are believe you are a victim of debt-based lawsuit abuse, you should contact an attorney at the Law Offices of Stephen B. Kass, PC, particularly if you are considering bankruptcy as a solution to your debt. We can help you understand the options you have, and advise you on the best course of action.