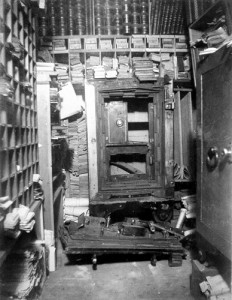 Imagine getting a letter in the mail informing you that your mortgage payment has been rejected by your bank for insufficient funds. This may be because your bank account has been levied by another creditor whom you owed money. Unfortunately, in days past, New York banks automatically froze bank accounts rendering them useless for the account holder. Fortunately, in January of 2009, new regulations were put into effect that were far more consumer friendly. The new bank account levies rules were designed to ensure that consumers were not without funds they needed to live on. Here are some of the changes that were put into place.

Before the new rules were put into effect, any funds you had in your bank account were subject to a levy. However, the new rules no longer allow creditors to assess any funds that are automatically received from social security, public assistance or pension plans. However, it is important to note that account holders may need to provide additional documentation if these funds are not automatically credited from the plan or from the Social Security Administration (SSA).

The new rules also prohibit a bank levy that freezes all of an account holder’s assets. Funds in excess of $1,716 (as of 2009) may be sent to the creditor but amounts of less than this amount must be available to the account holder. In some cases, the amounts may be as high as $2,500.

One important note to this new law that consumers must be aware of: Tax obligations, child support obligations and student loan obligations may not be subject to these new rules. Debtors who owe these debts need not be advised by the government their accounts may be levied.

New York laws are fairly clear about what amount a creditor may levy on a debtor. In fact, in most cases, creditors may not take more than ten percent of the income of a debtor to satisfy accounts where the creditor has obtained a judgment. When determining how much a bank account may be levied, it is important to note that the New York statutes automatically exempt 90 percent of paychecks whether they are automatically deposited or they are deposited in person. This is regardless of the amount of the paycheck.

One of the interesting aspects of these new regulations is the caps placed on individual bank accounts. As of 2013, there has been no administrative or judicial actions that limit the number of bank accounts where these caps would apply. For example, if you are a debtor and a creditor has a judgment against you, each bank account you own is individually protected based on amounts set out by the New York Statutes.

While the dollar figures used for calculating how much of a bank account is free from levy, the numbers are not as random as they initially appear. The figure is actually calculated based on minimum wage (except in the case of certain deposits which will be discussed later), the larger of the New York minimum wage or federal minimum wage. The calculation is actually 240 times the minimum wage. This means the amount that is exempt will change with minimum wage rates.

One of the important features of the bank levy restrictions is what amounts are exempt from levy regardless of the amount of the deposit. It is important to note that the depositor may need to prove the source of funds in order to take advantage of the exemption. Some of them include:

There are other exemptions that a bankruptcy or financial attorney can advise you of in the event your bank account is under a threat of levy. It is crucial that you not ignore information from your bank regarding a possible levy. In order to exempt any of these payments, you must fill out forms with the bank. Failure to provide the information to the bank within 27 days means the bank will have no option but to obey the levy order.

It is important to understand how bank levy laws in New York apply to your individual circumstances in the event a creditor wins a judgment against you. In addition, debtors may have multiple bank accounts that will have the same restrictions. When you are facing a possible levy, or you need help dealing with creditors, you should seek assistance from a firm who understands the laws in New York as they apply to creditors ability to levy your bank account.